Perform in the storm

In the last regular episode of Perform in the storm we have Gys Driessen as our guest. He is HR Director of Radboud University Medical Center (Radboudumc), one of the largest in the Netherlands. He and his team witness firsthand the heavy impact of the COVID-19 crisis on healthcare staff. They strive to maximize support to individuals, teams and leaders, to allow for recovery and return to normal functioning. At the same time they are busy preparing for a new healthcare reality, and the possibility of a second COVID-19 wave. Gys stresses the crucial importance of adhering to social distancing measures in reducing the risk of a second wave and thereby providing the healthcare system a much-needed breather for recovery and re-organization.

Can you do what Martin can?

To help you keep your energy levels high and stay positive throughout your day it is essential to take breaks regularly. To help you get more out of your downtime, Martin Pet, a seasoned sport and performance psychologist and physiologist, will challenge you to perform a wide range of exercises that will do just that.

Find out how he does it and why
Eye-hand coordination means a lot more than typing letters and watching them appear on your screen. The eye-hand challenge Martin gives us today is an ancient one, approximately 2800 years old. It’s dated from the time the first coins were minted. Nevertheless, most of us might not have tried this one before. So, put a coin on your elbow and catch it. Pretty hard isn’t it? Do it also with your other arm, and if that’s not challenging enough do both elbows at once. And by the way, good to realize that even in stormy times, some things just remain the same.

About the crew member 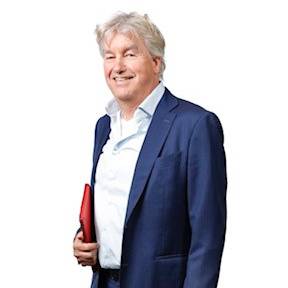 Having studied Law, Gys realized his passion lay elsewhere so he moved to work in human resources for Fuji Film, where he spent 18 years, culminating is his role as HR and General Affairs Director. Since 2000, Gys has worked as a senior coach and trainer in his own company, Stratos, and for the past 4 years in his capacity as HR Director for Radboud University Medical Center (Radboudumc) in Nijmegen.

Your journey until now

Responding and Adjusting to a New Reality

Professor Witte Hoogendijk on responding and adapting to an unprecedented stressor

The Four Keys to Finding Your Purpose

Sander Tideman on discovering your purpose in life

Decent jobs for everybody = collective resilience

Teen Parenting During the Pandemic

Psychotherapist Amanda Hunt on supporting parent and teen during the pandemic

Being Comfortable with Discomfort

Sport psychologist Martin Pet on the power of cold therapy

Reflect, Adjust and Perform – the Three Pillars of Self-Management

The Biological Dance of Immunity and Anxiety

Staying Focused in Times of Uncertainty

Connection and Communication - with a Smile!

Coping with Anxiety and Uncertainty

Solitude, Sleep and Structure - Lessons from a Solo Sailor

Before You Step on Board

To guarantee a safe passage, beware of the safety rules and regulations on board